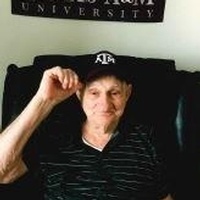 Bill Hall, 97, of Sachse passed away on Tuesday, May 21, 2019. A Graveside Service will be held at 3:30pm on Friday May 24th at Memoryland Memorial Park in Greenville, TX, with Chaplain Bobby Tollison officiating.

Bill was born in Naples, TX on March 26, 1922 to Raymond and Mildred Pearl (Hanes) Hall. He served in the United States Army Airforce. Bill retired in 1982 from the Social Security Administration. He was married to Opal Finney. She preceded him in death in 2004.

To order memorial trees or send flowers to the family in memory of William Hall, please visit our flower store.