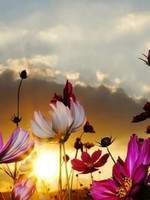 Virginia Lee Struble, 82, of Quinlan passed away Tuesday, August 9, 2016 in Rockwall. Virginia was born December 4, 1933 in Hennryetta, OK to Elias Ezekiel Brown and Caroline Anna Doepel Brown. Virginia worked several different jobs through life but ended up her career before retirement as a Customer Service Manager. She loved her family and it showed as she was a very active part of her sons Little League, school activities for all of her children, and sporting events for not only her children but her grandchildren as well. She was a long time member of Sweet Adalines International, which is a highly respected worldwide organization of women singers.

Those left to cherish her memory are her children Christie Jenkins of Canton, Kevin Struble of Duncanville, Jamie Struble and wife Dawn of West Tawakoni, Brian Struble of Cash, Danette Gingras and husband Gary of Point, and Julie Loflin of Como; ten grandchildren and seven great grandchildren. Virginia was preceded in death by her parents and a grand daughter Eugenia Marie Bass.

Cremation arrangements are under the direction of Peters Funeral Home.

Online condolences may be left here or on our Facebook page.
To order memorial trees or send flowers to the family in memory of Virginia Struble, please visit our flower store.