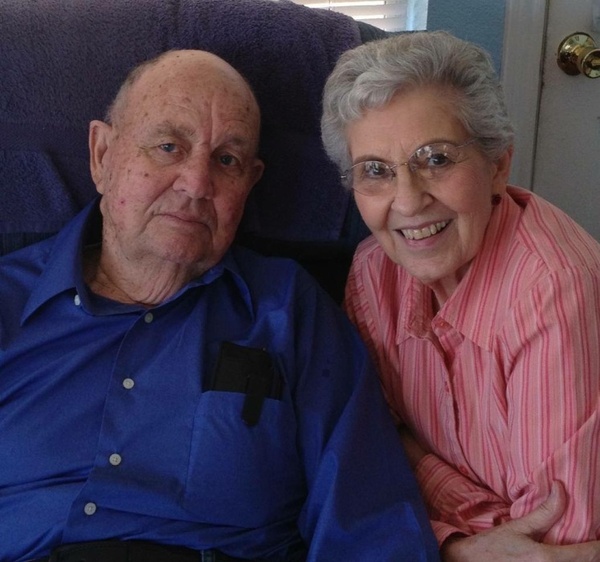 Thomas “Tony” Ellis Pribble was born on April 12, 1930 in Wellington, TX. He went to live with our Lord on February 6, 2022, at the age of 91yrs 10m. Tony lived his life in Texas, Arkansas & Oklahoma before he moved back to Texas to live out his last 37 years. Tony was proceeded in death by his father Thomas “Poppy” Pribble, Mother Maggie Pribble Womack, 11 brothers, 3 sisters and 1 daughter Diane Brooks. He was survived by his wife of 67 years Pauline, Two sons Tony Alan & wife Kaye, Mike & wife Raley, Daughter Paula Blake and her husband Greg, 5 grandsons, 4 granddaughters , 11 great grandchildren and brother Loyd & wife Sharon Pribble, and numerous Brother & Sister in laws, nieces and nephews.

After graduating from Carnegie High in 1949 He then took a Radio repair school correspondence course. At 19 he opened a radio repair shop in Locust Grove Oklahoma. Then he went to work for Radio Inc. in Tulsa Oklahoma in the warehouse. He then went to work at Pure Oil Company in Nowata, Oklahoma and worked in the office as a clerk for 4 years.

In 1954 he took a TV repair course and opened an Admiral TV sales & repair shop with his Brother in law Howard. He did this part time part time while still working for Pure Oil Co. In 1958 he and his wife Pauline moved to Oklahoma City and he took a job as a TV repairman for Sears & Roebuck for 5 years. Tony and his wife became Ham Radio operators. Tony was also a Master Ham Radio operator. Tony then opened his own TV repair shop and his home and did that with Pauline until he retired in 1971.

Tony & Pauline along with their children had numerous foster children in their home. Over the years they helped raise and loved 33 foster children and lived 1 year at Tipton Children’s Home as house parents.

In 1997 Tony & Pauline along with his son in law Greg & daughter Paula and Family, his son Tony Alan & wife Kaye and their son, Sheila Busby with her niece and her boyfriend started the first service of the Union Valley Church of Christ in their apartment building where their home is now. After outgrowing that building and purchasing the land the church is on now, Tony lead the building of the first building here which is now the Fellowship Hall. In 2005 he helped in the building of the new Auditorium and classrooms. Tony has taught classes, held life groups in his Home, was an Elder for many years, was a vessel of Bible Knowledge and a great encourager for many souls.

In lieu of flowers, the family asks that donations be made to the Union Valley Church of Christ.

To order memorial trees or send flowers to the family in memory of Thomas Pribble, please visit our flower store.