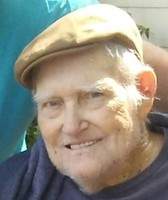 ??Teddy Carl Cole 88 of Celeste Texas passed away peacefully in his home surrounded by his wife of 65 years and loved ones on November 19th, 2017.

He was born to Hazel Cole on September 13, 1929 in Celeste where he attended Celeste Schools and represented the Celeste Volunteer Fire Department as the fire chief and marshal for many years. Teddy married Barbara Creed on September 27, 1952 in Durant, Oklahoma.
In 1990 he retired from E-Systems where he served as the Union President for many years. He then took on a final career at the Lake Lavon Corp of Engineer retiring in 2013.

Teddy enjoyed traveling in his RV with his wife and as many kids and grandkids he could take. He never met a stranger, whether five minutes from home or five days, he would always make a friend for life. His love for his family was strong. You could find home watching his loved ones at the Friday night football games, in school plays, or simply meeting them for lunch just because he was in the area. Every one of them were his number one.

Preceding him in death, but meeting him in Heaven, his mother Hazel Cole.

A memorial service will be officiated by Shawn Stubblefield held on Saturday, November 25, at 2pm at the Kingston Baptist Church, 4569 HWY 69 N Greenville, TX 75401.
To order memorial trees or send flowers to the family in memory of Teddy Cole, please visit our flower store.