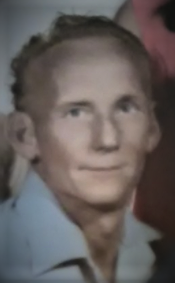 Tandy White was born January 14th, 1931 to Felix Burton White and Gwen Bessie Tucker in Center, Texas and passed on December 20th, 2020 in Farmersville, Texas. He was proceeded in death by his parents, 8 of his siblings and his son, Tandy Clyde White. Tandy served his country in the United States Army from 1954 to 1956. He and his wife, Delores Jean Story, were married for 63 years and raised 5 children in Wylie, Texas. After 40 years is Wylie, Tandy built the “Big House” for Jean in Merit, where they have resided for 20 years. Tandy is survived by his wife Jean White of Merit; his sons Bob Clelland of Winnsboro and Burt White of Princeton; and his daughters Debbie Grubbs of Greenville and Margaret Chadwick of Merit; 7 grandchildren and 10 great-grandchildren; as well as numerous nieces, nephews and those he called family. Honorary Pall Bearers will be Cody Story, Dan Hickman and Austin Hickman. Honor Guard and Presentation of the flag will be conducted by the Officers of the Farmersville VFW Post 7426. Graveside services will be held at Merit Cemetery on December 29th at 1pm with Brother Ronald Brown officiating. Visitation will be Monday, December 28th at the Peter’s Funeral Home in Greenville, TX from 7-9pm. The family asks that all COVID guidelines be followed, including masks and social distancing, at both the visitation and the graveside services. In lieu of flowers, the family asks that a donation be made in Tandy’s honor to the Farmersville VFW Post 7426.

To order memorial trees or send flowers to the family in memory of Tandy White, please visit our flower store.