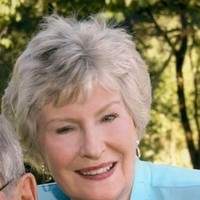 Sue Greenwade, 79, of Dallas passed away Saturday, July 23, 2016 in Dallas. Family visitation will be from 9:30am until 10:30am Wednesday, July 27 at Peters Funeral Home in Greenville. A private family graveside will be held later in the day.

Sue was born September 16, 1936 to Dale Haskell Smith and Georgia Pearl Whitely Smith. She married the love of her life Don Greenwade on July 6, 1956 in Cumby, Texas. Sue worked through life, but her biggest accomplishment was being a loving wife and mother.

Peters Funeral Home
To order memorial trees or send flowers to the family in memory of Sue Greenwade, please visit our flower store.