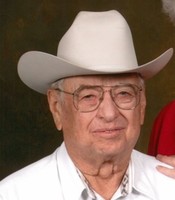 Stewart was born on May 24, 1931 in Lawrence, Kansas to Chesley Otto and Velma Lucille Ward. Stewart joined the Army in 1952 and served in the Korean Conflict. He married Shirley M. Jordan in Mena, Arkansas on June 1, 1990, she survives. Stewart was a member of the First Baptist Church of Celeste.

Those left to cherish his memories are sons, John Howell, Paul Howell, and Harold Sterling; daughter, Julia Nelson; sister, Betty Lou Murphy; 11 grandchildren and 10 great-grandchildren. He was preceded in death by his parents; brother, Billie Ward; and sister, Evelyn Williams.

Funeral service will be held 1:00 pm, Saturday, January 20th at the First Baptist Church of Celeste with Pastor Jim Sherwin officiating. Interment will follow at Hogeye Cemetery with Eric Evens, Larry Parker, Jack Wofford, Jim Oldham, Fredy Torres, and Blain Smith serving as pallbearers. Honorary pallbearers will be Brittan Evans and the Men's Sunday School Class. Visitation will be one hour prior to the service at the Church.

To order memorial trees or send flowers to the family in memory of Stewart Ward, please visit our flower store.