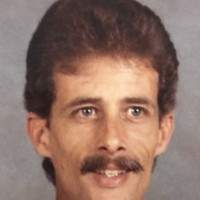 Born December 15, 1952 in Sweetwater, Tx he was the son of Bill and Jo Robinson Cook. A resident of Greenville for 52 years, Steve, or "Cookie" as he was known to many of his friends, worked as a Railroad Conductor/Brakeman for Kansas City Southern.

He was preceded in death by his parents; daughter, Carolyn Cook and sister, Deborah Cook Howard.

To order memorial trees or send flowers to the family in memory of Steve Cook, please visit our flower store.