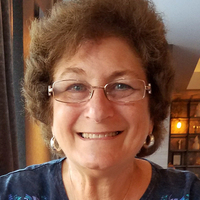 Sharon S. Fox, age 73, passed away at Hunt Regional Medical Center in Greenville on Monday, April 13, 2020, after a relatively short battle with cancer.

She was born in Sturgis, Michigan on November 30, 1946. From the time she was born, until the say she died, she was loved and appreciated by nearly all who came to know her.

She grew up in Elkhart, Indiana and graduated from Elkhart High School and later from Carter Secretarial School in Elkhart. She met her husband, Richard (Dick) fox in high school, and they married in 1966.

After living in Indiana and Kansas, she and Dick finally settled in Greenville where they have lived since 1974. She was a long-time, very active member of Wesley United Methodist Church in Greenville where she sang in the chancel choir and played bells in the bell choir, as well as actively volunteered in numerous church activities. She was also very active behind the scenes in the Greenville Follies and several years helped behind the scenes with Bras for the Cause.

Most people who truly knew her would characterize her as a kind, energetic, compassionate and sometimes very opinionated person, who could take a behind the scenes position and organize nearly any activity. She will be loved, remembered and missed by everyone who really knew her.

Per her directions, there are currently no services planned for her. However, for those who wish, you may make a donation in her name to Wesley United Methodist Church, Greenville, TX, into whatever fund as decided by the church.

To order memorial trees or send flowers to the family in memory of Sharon Fox, please visit our flower store.