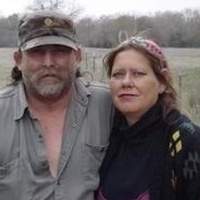 Sandra Kay Broach, 53, of Wolfe City passed away Thursday, December 13, 2018. Sandra was born in Dallas, TX on September 13, 1965 to Alvin Hammer Sr. and Martha Jean Slocum. She worked as a Manager at Walmart in Lancaster, TX. Sandra was married to Ricky Lynn Broach.

She was preceded in death by her husband, Ricky and her parents.

We are also celebrating the life of Ricky Lynn Broach. Ricky was born in North Carolina on July 24, 1958 the son of Noah and Betty Broach. He worked as a handyman his entire life. If it was broken he could fix it. Ricky passed away on July 1, 2013.

To order memorial trees or send flowers to the family in memory of Sandra Broach, please visit our flower store.