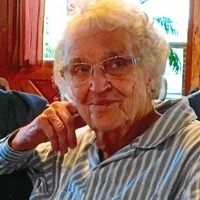 Ruth was born on March 10, 1936 in Walton, New York to Fredrick Henry and Glenna Elizabeth (Davis) Miller. She was the secretary for City Sanitation in Commerce, TX. Ruth married Bobby P. Brooks on December 12, 1954 in Center Moriches, New York. He preceded her in death on March 5, 1987.

To order memorial trees or send flowers to the family in memory of Ruth Brooks, please visit our flower store.