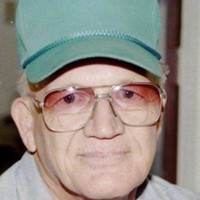 Robert "Bob" Fulton, 85, passed away on Tuesday, December 27, 2016 in Greenville, Texas. Robert was born to Thomas B. and Lena (Dunlap) Fulton on October 27, 1931 in Thorndale, Texas. Robert would meet and later marry Jimmie Burkhalter on March 5, 1960 in Greenville, Texas. He served in the United States Army in Germany during the Korean Conflict and then worked as an Aircraft Electrician for E-Systems for 37 years.

He was preceded in death by; his wife, Jimmie, his parents, five brothers, two sisters, grandson, Matthew Virgel, and good friend, Craig Bowers.

In lieu of flowers memorials may be made to the Boys and Girls Club of Greenville, 4320 Lee St, Greenville, TX 75401.

To order memorial trees or send flowers to the family in memory of Robert Fulton, please visit our flower store.