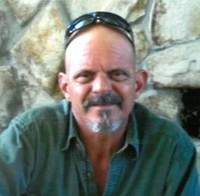 Rick was born on March 18, 1958 in Altus, Oklahoma to Noe' and Christina Canta Guerra. He was married to Ronna Sorrells in Greenville, TX. Rick was an iron worker for Kent Metalcraft, and was part of the United States Navy.

To order memorial trees or send flowers to the family in memory of Ricardo Guerra, please visit our flower store.