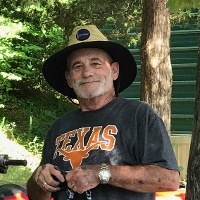 Randy Eugene Southard, 63, of Farmersville, Texas passed away on Thursday, August 8, 2019 in McKinney. Randy was born on December 15, 1955, to Roscoe Eugene and Shirley (LeFever) Southard. He married Jeanne Stubbs in 1994. Randy was a Christian man and was a member of the First Baptist Church of Farmersville.

A graveside service will be held Thursday, August 15, 2019 at 11:00 AM, at Pleasant Grove Cemetery, in Princeton, Texas.

Pleasant Grove Cemetery
To order memorial trees or send flowers to the family in memory of Randy Southard, please visit our flower store.