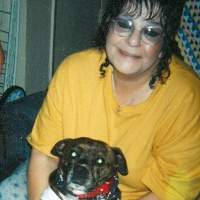 Patricia Heiber, 73, of Sulphur Springs passed away on Sunday, July 14, 2019 in Tyler. She was born on September 1, 1945 in Lockhart, TX to John Joseph and Susie Joseph. Patricia was retired from Rochester Gauges. In 1963 at age 18 she married Dale Mollenhour, he preceded her in death on February 3, 1983. Later, Patricia met second husband Fred Heiber and they married in Flower Mound, TX on August 24, 1996. He survives.

To order memorial trees or send flowers to the family in memory of Patricia Heiber, please visit our flower store.