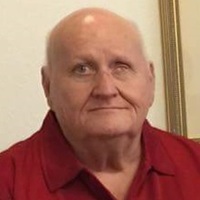 Orville Eugene Rhea, 74, passed away on Monday afternoon, March 16, 2020 in Greenville. Orville was born in Annona on February 10, 1946 the son of Orville R. and Ruby M. Rhea. He married Sarah Richardson on September 18, 1965 in Pecan Gap. Orville delivered medicine for Southwestern Drug & Bergen Brunswig Drug Company until retirement. He was a deacon at First Baptist Church of Ladonia and loved his family and sports.

A memorial service will be scheduled for a later time.

To order memorial trees or send flowers to the family in memory of Orville Rhea, please visit our flower store.