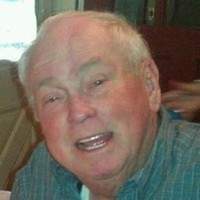 Odie M. Clark was born April 21, 1935 in Omaha, Texas but his heart succumbed to its long battle with heart disease and COPD on October 13, 2018. As Odie was well-known and well-loved salesman and small business owner in Collin, Hunt, and Hopkins counties, his humor and smile will be missed especially by those who loved him best. Odie's parents, Lola Matheny Clark, and his namesake, Odie Clark of Floyd, TX and his two brothers; Max Clark, of Morton, TX and Gerald Clark, of Clinton, TX preceded him in death. He was also preceded in death by his wife of 47 years Sonda Kemp Clark. As Odie had a big heart and lots of love to give, in 2005, he married his wife Karen Welch of Greenville, TX who he leaves behind in the wake of his passing. Odie is survived by his two sons; Randy Clark. Of McKinney, TX and Jeffrey Clark, of Morongo Valley, CA. He was adored by his two grandchildren; Casey Clark Duckworth, of Allen, TX and Courtney Clark, of Stevensville, MD. He is also missed by his step-daughters Kim Reed, of Anna, TX and Kathy Kite, of Lake Fork, TX; and step-son, Shawn Tyler, of Ft. Worth, TX;

Mr. Clark graduated in 1953 from Bland High School in Merit, TX. He was also born with loyalty and patriotism in his heart, and he proudly served in the Untied States Air Force from 1953-1957. During that time, he was stationed at the NATO headquarters in Fontainebleau, France from 1954-1957. After his time in the service, Odie spent the next 60 years loving his family and serving others in a variety of small businesses and as a salesman. His smile, his jokes, and his Texas-sized heart will be missed and remembered by all those who loved him.

A celebration of life will be held at 11:00 am, October 18, 2018 at Highland Terrace Baptist Church with a lunch to follow.

In lieu of flowers donations may be made to St. Jude.

To order memorial trees or send flowers to the family in memory of Odie Clark, please visit our flower store.