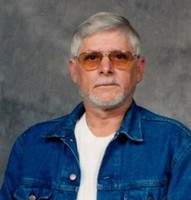 Michael Lane, 68, passed away on February 12, 2014 surrounded by his loving family in Greenville. He was born on October 2, 1945 in Oakland, California to his parents David and Stella Lane.

Michael is preceded in death by his parents, David and Stella Lane.

In lieu of flowers the family asks that donations be made to disabled Veterans.
To order memorial trees or send flowers to the family in memory of Michael Lane, please visit our flower store.