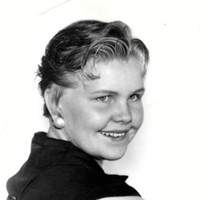 Marine Elizabeth Fomby Jackson, age 74, of Georgetown, passed away at her residence, Tuesday, October 25, 2016. Marine was born the daughter of Harvell and Dorothy Fomby in Durant, Oklahoma on May 12, 1942. She married Wayne Jackson in Madill, Oklahoma on November 15, 1958. He preceded her in death on March 30, 2011. Ms. Jackson was a retired business owner and of Baptist faith.

In lieu of flowers donations may be made to the charity of your choice in Ms. Marine Jackson's honor.

To order memorial trees or send flowers to the family in memory of Marine Jackson, please visit our flower store.