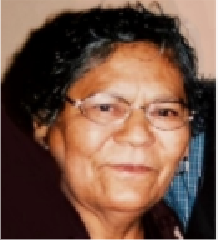 The love that Magdalena gave her children was immense. She was a strong and courageous woman who always instilled family unity in her children. It was her passion to prepare meals for her children. She enjoyed cooking and the way she prepared meals was admired by all who frequented her home. She was a homemaker, dedicating all of her time to her family.

A funeral service will be held on Thursday, January  28, 2021 at Peter’s Funeral Home at 12 o’clock p.m. Flowers or donations may be sent to 4201 Wellington Street, Greenville, Texas.

To order memorial trees or send flowers to the family in memory of Magdalena De Padilla, please visit our flower store.