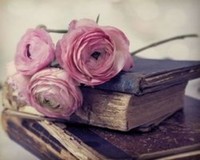 Madeleine Suzanne Morgan, 92, of Wylie, TX passed away Sunday, June 25, 2017, at her home. She lived for many years in Petrolia, Texas.

Madeleine was born on August 1, 1924 in Epernay, France to George Thibault and Charlotte Suzanne Mangan Thibault. She married Floyd Morgan on April 9, 1947 in Rock Port Missouri, he proceeded her in death in 1994. Madeleine became a US citizen in 1963, she was a Nurses Aid, was an avid reader, and loved to garden.

Those left to cherish her memory are sons, Patrick Morgan, Jack Morgan; daughters Shirley Skelton, Marilyn Morgan, Gisele Morgan; 8 grandsons; 1 granddaughter; 5 great grandsons; and 6 great granddaughters. She was preceded in death by daughter, Suzanne Clark; and one grandson, Patrick Clark.
To order memorial trees or send flowers to the family in memory of Madeleine Morgan, please visit our flower store.