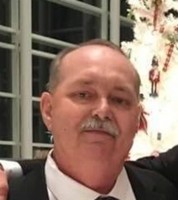 Kenneth Ray Morgan passed away on Monday, February 19, 2018 in Greenville. He was born on July 11, 1957 in Greenville the son of James Frank and JoAnn Ramsey Morgan. He married Fran Puckett in Greenville on November 15, 1997.

He was preceded in death by his parents; sons, Ricky Ray Morgan and John Kevin Morgan; grandson, Preston Tarrant; and brother Steven Rich.

A memorial service will be held at Oasis Church on Thursday, February 22, 2018 at 2:00 p.m. with Pastor Lindsey Huie officiating.

To order memorial trees or send flowers to the family in memory of Kenneth Morgan, please visit our flower store.