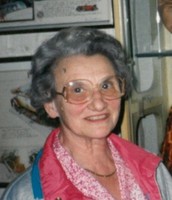 Kathryn Luise Murphy passed away Thursday, September 15, 2016 in Greenville. She was born December 28, 1921 in Chicago Illinois. She married Thomas B. Murphy and he preceded her in death. Kathryn was a homemaker and a member of St. Isaac Jose Catholic Church in Hinsdale, Illinois.

Funeral services will be held September 24, 2016 in Hinsdale, IL under the direction of Sullivan Funeral Home in Hinsdale, Illinois.

Local arrangements under the direction of Peters Funeral Home.

To order memorial trees or send flowers to the family in memory of Kathryn Murphy, please visit our flower store.