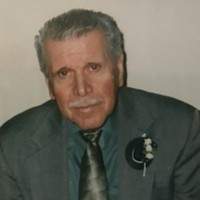 Juan was born in Monterrey Nuevo Leon, Mexico on May 13, 1928 to Cenobio Tamez and Andrea Garza. Juan was on the Board of Directors and was the IT Supervisor over Facility Maintenance at the Oklahoma City Hospitals. He was married to Mary Ellen Tague for 34 years, she preceded him in death on September 11, 2014.