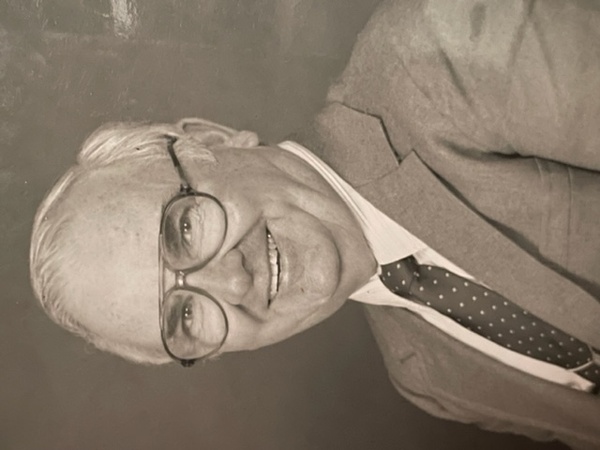 Johnnie Lyon was born on a small farm in North Hunt County on July 23, 1929. His parents were J.B. "Buck" Lyon and Ora Lee Murray Lyon. He went to Prairie Hill, a two room school, through the seventh grade. After that, he attended school in Leonard and graduated from Leonard High School. He married Bethalyne Lyday on August 26, 1950. They had two sons, Ronald Wayne and Gary Keith Lyon.

Johnnie was drafted and served two years active duty in the United States Marine Corps from 1952 through 1954 during the Korean War and was in the Marine Corps Reserve for seven years. After his active duty service was over, he and his wife moved to Celeste. He bought out an auto repair shop which he ran for eighteen years.

Johnnie and Bethalyne were members of the Celeste Methodist Church. He served as Sunday School Superintendent for a period of time. He served on the City Council of the City of Celeste, the Celeste School Board and the Celeste Volunteer Fire Department. He was elected County Commissioner for Precinct 1 Hunt County in 1972 and took office on January 1, 1973. He served as County Commissioner for twenty four years. He served as both Commissioner and Acting County Judge for one year in 1994. When he retired on December 31, 1996, he had served on the Commissioner's Court longer than anyone in the history of Hunt County. Johnnie loved hunting and fishing and all kinds of sports. He coached Little League baseball for seven years. He loved his family and all of his friends. He will be missed by all.

To order memorial trees or send flowers to the family in memory of Johnnie Lyon, please visit our flower store.