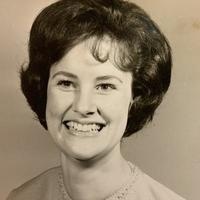 Jo Ann Pitts Jones, 76, passed away Tuesday morning, March 17, 2020 in Greenville. Jo Ann was born in Greenville on December 19, 1943 the daughter of Gene Warren and Willie Carmen Pitts. In 1963 she married Danny Ray Jones in Greenville. He preceded her in death in 1985. She retired from Raytheon and spent many years as a homemaker.

She was preceded in death by her brother, Billy Ray Pitts.

Privates services are being held.

To order memorial trees or send flowers to the family in memory of Jo Jones, please visit our flower store.