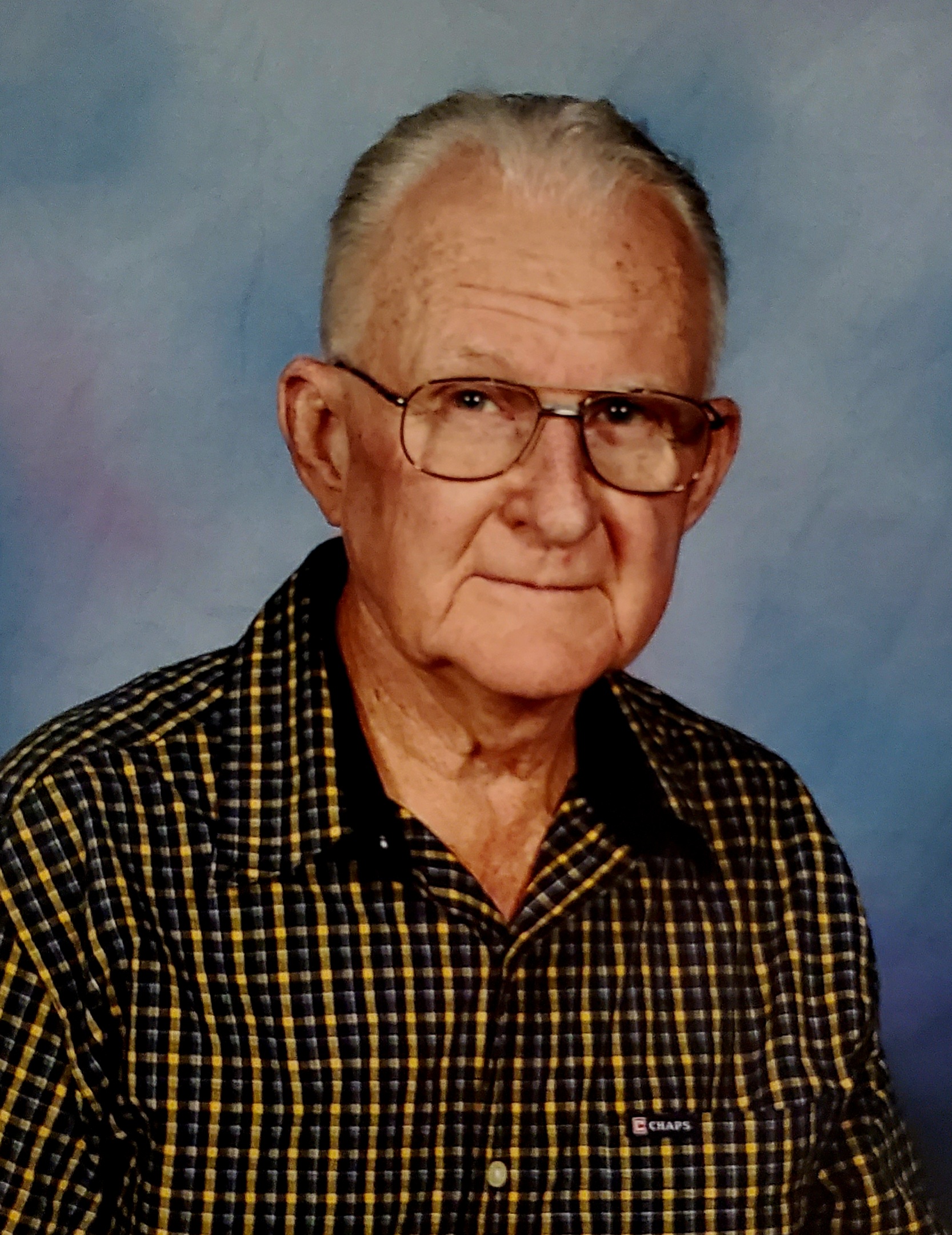 On Friday, July 15, 2022, Jimmie Stamps went home to be with the Lord at the age of 92, surrounded by family and friends in his own home located at Caddo Mills, Texas.  The world has lost a great son, nephew, husband, father and a man of faith.

Jimmie was born in Missouri on April 23, 1930.  After relocation to Dallas, Texas in 1936, he lived with his father, Oren Stamps. He looked forward to the summers to spend time with his great Aunt Ada Hammons.  After graduating highschool, he was drafted into the Korean war in the year of 1951.  Upon getting the honorable discharge in 1956, he began working at Collins Radio, which is now Alcutel-Lucent until he retired.

Nothing was more engaging to Jimmie than to read the Word of God and converse with others about God’s grace.  He enjoyed listening to preaching and singing his favorite hymns.  Outside the house, he took pride in gardening and raising chickens.  He later took in Allie Mae, the irresistible shih tzu who always sat on his lap to steal his kleenexes; Morty, the cat who he had to share ice cream with at the table.

He married Angela Stamps in 1998 in Rockwall, TX, and later moved to Caddo Mills where they worked together on alternations.  There he helped with the family until he could not.  During his last year, he was admitted to In Home Care through Kindred Hospice where he was seen on a weekly basis by Robert Chirsty, who treated him with the utmost respect and provided top notch care.

He is survived by his wife, Angela Stamps and 4 stepdaughters, 2 step-son-in-law, 5 step grandchildren, and 2 step great grandchildren.

He was preceded in death by his father, Oren Stamps, mother, Norma Stamps, baby brother and Great Aunt Ada Hammons.

To order memorial trees or send flowers to the family in memory of Jimmie Ray Stamps, please visit our flower store.
Send a Sympathy Card