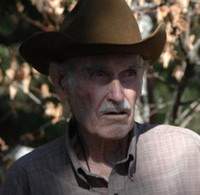 Jim was called into the United States Army in 1942, during World War II. He was sent to Hondo Army Air Field, in Hondo, Texas, and was a medic in the Air Force, working in a hospital taking care of sick and wounded for six months. Jim was sent to Selfridge Field in Michigan and continued his work in the hospital. He went on to the rank of Corporal and became the Wardmaster. He spent three years and three months in the Army and was then discharged to, in his words, "Home Sweet Home".

Jim accepted Jesus and was baptized into Coldwater Missionary Baptist Church. On October 16, 1950 he was ordained as a deacon of the church and was later elected to Sunday School Superintendent, serving for more than five years.

Jim married Lilia "Lily" Judith Santiago on June 24, 1970 in Greenville, Texas. Jim and Lily were married again 10 days later in Lily's Catholic Church in Mexico. Lily was born into the Catholic Church so Jim attended with her for more than 30 years. Lily preceded Jim in death in 2004 and they are now together again.

Jim was predeceased by three sisters, Patsy Henderson, Jessie Zachary, and Irene Wright, and three nieces and a nephew. Survivors include a niece and two nephews, Neva Zachary Williams and husband, Jimmy, of Liberty, Mississippi, Robert Wright and wife, Barbara, of Linden, Texas and Larry Wright and wife, Pam, of Marshall, Texas, as well as many great nieces and nephews.

The family of Jim Lee Latta is grateful for the special care given to Jim in their home, in the last weeks of his life by his nephew, Larry Wright, his wife, Pam and their son, Justin.

A funeral service will be held at Smyrna Baptist Church in Winnsboro on Wednesday, August 15, 2018 at 2:00 pm with David Hendricks officiating. Interment will follow in Smyrna Cemetery.

To order memorial trees or send flowers to the family in memory of Jim Latta, please visit our flower store.