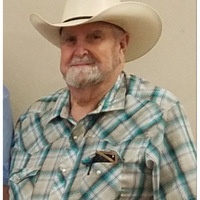 Jesse Junior Smithers, passed away at home on April 27, 2020 surrounded by loved ones. Jesse was born on March 17, 1936 in Cumby, Texas to Jessie Houston and Trixie Lee (Moseley) Smithers. Jesse married June Manley on January 27, 1984 in Wolfe City, Texas.

He was preceded in death by his parents, sons, Corey Smithers, James Manley, his sisters and brother.

Jesse was a member of Park Street Baptist Church in Greenville. In addition to the love he had for his family, he had a special place in his heart for all of the previous dogs he owned as pets.

Per his wishes, there will be a private family burial in lieu of a public funeral.

To order memorial trees or send flowers to the family in memory of Jesse Smithers, please visit our flower store.