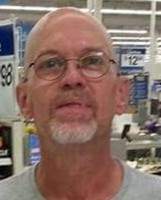 James Glenn Wylie, 59, of Greenville passed away Saturday, August 13, 2016 in Greenville. Funeral service will be 10:00am Friday, August 19, at Peters Funeral Home Chapel. Private family burial will be in Bethel Cemetery. A gathering of family and friends will be 6:00pm until 8:00pm Thursday, August 18 at the funeral home.

James was born January 20, 1957 in Pittsburg, Texas to Robert Lee Wylie Sr and Myra Rue Sparkman Wylie. He proudly served his country by enlisting in the U.S. Navy. He worked for different companies but was currently employed at L3. He was a private man but enjoyed his hobby as a Ham Radio Operator.

To order memorial trees or send flowers to the family in memory of James Wylie, please visit our flower store.