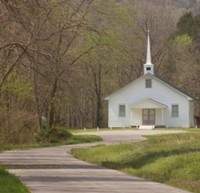 James Murrah Sloan, 72, of Greenville passed away Thursday, January 21, 2016 in Greenville. Cremation arrangements are under the direction of Peters Funeral Home in Greenville. Memorial services will be scheduled with the family at a later date.

James was born March 15, 1943 in Terrell, Texas to James Harastus Sloan and Leta Merle Compton Sloan. He married Shirley Taylor May 30, 1964 in Cash, Texas. He worked his life helping others, educating students as a teacher, spreading the Word as a pastor preaching at many different churches in the surrounding area, and helping others as a dispatcher for Farmers Electric Cooperative.

Those left to cherish his memory are his loving wife of 51 years Shirley Sloan of Greenville; son Brad Sloan and wife Britt of Blue Ridge; grandchildren Weldon Sloan of Abilene, Adrielle Sloan, Soren Sloan, Knox Sloan, and Campbell Sloan all of Blue Ridge.
To order memorial trees or send flowers to the family in memory of James Sloan, please visit our flower store.