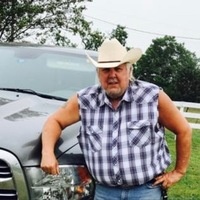 James William “Jay” Ramberger, 68, of Wolfe City passed away Monday, February 3, 2020 at his residence. He was born in Detroit, Michigan on October 22, 1951 the son of John and Valeria (Speed) Ramberger. Jay married Sonia Quijada on March 29, 2007 in Las Vegas, Nevada. He served in the United States Marine Corp and worked as a police officer in Detroit where he retired.

Jay was preceded in death by his parents; and brother, Alan Ramberger.

No services planned at this time.

To order memorial trees or send flowers to the family in memory of James Ramberger, please visit our flower store.