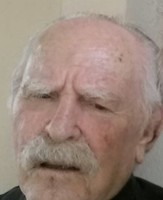 James was born March 8, 1932 in Greenville, Texas to Odie Odell Brigman and Susie Lou Banta Brigman. He proudly served his country while enlisted in the US Navy. Afterward he continued to serve his community as a police officer for the Garland Police Department and the Sulphur Springs Sheriff Department. After retiring he couldn't stay home so he was a security officer in Greenville and the surrounding areas. He married Erika Nafe on June 4, 2002 in Greenville.

Online condolences may be made at here or on our Facebook page.
To order memorial trees or send flowers to the family in memory of James Brigman, please visit our flower store.