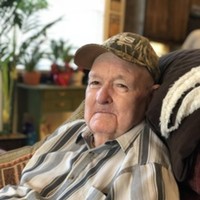 Huey P. Shell passed away on November 14, 2018 in Farmersville, Texas. He was born on October 11, 1928 in Ville Platte, Louisiana to Charles O'Conner and Mary Lutitia (O'Bannion) Shell.

He married Mary Ethel Roy on December 31, 1957 in Sand Hill, Arkansas. They were married for 60 years.

He was preceded in death by parents; brothers, Daniel Shell and Buddy Shell; sister, Eva Beck.

To order memorial trees or send flowers to the family in memory of Huey Shell, please visit our flower store.