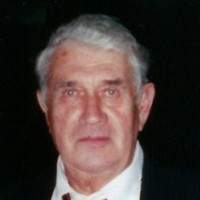 Harold Lee "Hal" Estes, aka John Wayne, departed this life as he lived it - on his own terms and the day after his 80th birthday. He was born November 16, 1935 in McKinney, KY to Edsel and Minta Estes. He was a star basketball player there and attended Eastern Kentucky University. He moved to Ohio in 1964 and joined the Cincinnati Police Department as a Police Officer. One of his favorite duties was working security at the Cincinnati Reds' Crosley Field. He then sold Bruning copy machines before moving to Texas. He striped parking lots and was the owner of Accustripe for 40 years. He also worked security for the Wal-Mart Supercenter in Greenville. Hal was a man of unusual strength and fortitude who could be hard as nails and also tender and compassionate. He had a keen mind and a great understanding of people. His sense of humor earned him the title of Class Jokester from his graduating class. He loved Wesley United Methodist Church where he was a member and served as a TV cameraman for a number of years. He enjoyed people, traveling, sports, and he loved his family and was proud of their accomplishments. Surviving are his loving wife of 13 years Brenda Estes of Greenville; children Mark Estes and wife Susan, Neida Werner and husband Tommy, and Karen Hill and husband Scott all of Louisville, KY; stepson Kevin Beggs and wife Rose of Greenville; four grandchildren; three step-grandchildren; one great grandchild. Also precious to him were the stepchildren from his 2nd marriage the he raised as his own Kelly Payne, Dana Fitske, and David Hill along with their children Chris Seals, Brittney Seals, Greg Payne and Jon Payne. Memorial service is 2:00pm Saturday, November 21, at Wesley United Methodist Church with Rev. Gene Wisdom officiating. Visitation will be 1:00pm Saturday before the service at the church. Arrangements are under the direction of Peters Funeral Home in Greenville. The family requests that in lieu of flowers donations to be made to The American Lung Association specifically for research of Pulmonary Fibrosis.
Condolences may also be left on Peters Funeral Home Facebook page.
To order memorial trees or send flowers to the family in memory of Harold Estes, please visit our flower store.