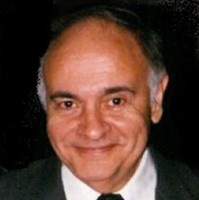 George Henry Kakaska, M.D., affectionately known by his patients as Dr. K, age 92, peacefully passed away at home on May 15, 2017. He was born in Milwaukee, Wisconsin on February 4, 1925 the only child of Henry Webster and Katherine Lucille Kakaska.


At the ripe age of 18, in 1943, he joined the US Army during WWll, attending Xavier University as an Air Cadet. His high scores landed him a commission in the Army Air Forces as a Flight Officer, Navigator, on a B24 Bomber. His crew flew with the 780th BS/465th BG, of the 15th AF, based in Pantanella, Italy. 2nd Lt. Kakaska, honorably discharged in 1945, was awarded the Air Medal with 2 clusters, European, American Theatre Medal with 5 Battle Stars and a Presidential Unit Citation. He went on to Marquette University to study Biomedical Sciences becoming an Instructor of Organic Chemistry at the University of Houston and an Analytical Chemist for Texaco Corp. George returned home to the University of Wisconsin where he completed his Medical Doctorate in 1953. After becoming Assistant Medical Director of Taylor Labs Co. in Houston, he moved to Dallas to open his Park Cities Family Medical Practice of 56 years. He met and married his beloved wife, Clairine V. Compton on July 2, 1958. They, along with family, enjoyed traveling the world together for over 25 years sharing and bringing back adventurous stories and treasures which filled his office and delighted his patients, friends and staff.

Dr. Kakaska requested that in lieu of flowers, please make memorial donations to DFW Honor Flight (www.honorflightdfw.org) or to the Dallas Salvation Army in honor of his legacy.

To order memorial trees or send flowers to the family in memory of George M.D., please visit our flower store.