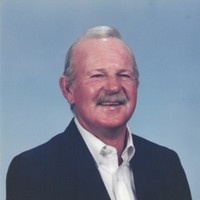 George Wesley (Sonny) Huffaker, 77, passed away May 26, 2015, in Mesquite after a brief illness. George was born in Greenville Feb. 16, 1938, to Viola and Charles Wesley (Charlie) Huffaker, both Greenville natives. George graduated from Greenville High School in 1956 and attended East Texas State University before enlisting in the U.S. Army. He spent his military time at Fort Hood. During his life George worked for the Texas Highway Department and in various sales positions in Dallas and Houston before settling in Greenville. Additionally, he enjoyed working flea markets and delivering cars for dealerships, which enabled him to visit most of the states in the U.S. Golf was his passion, and he played almost every day in his later years. He enjoyed spending time with his golfing friends and his early mornings with his coffee buddies. George is survived by his daughter, Kelli Bryant and husband Roger of Emory; granddaughter Taylor Robbins of Emory; great-grandson Kale Austen Robbins of Emory; sister Judy Huffaker McPhail and husband Larry of Austin; a niece, Amanda Oelrich and husband Craig of Austin; nephew Brady Moore and wife Jamie of Austin; cousin Jack Brockette and wife Ann of Dallas and cousin Betty Husbands and husband Charles of Sulphur Springs, along with their families. A visitation with the family will be held at Peters Funeral Home, 4201 Wellington in Greenville, on Tuesday, June 9, from 5 to 7 p.m. The family invites all of Sonny's friends to join in an exchange of stories and a celebration of his life. Donations may be made to a charity of choice. Online condolences may be made at www.petersfh.com and www.heraldbannercom.

Peters Funeral Home
To order memorial trees or send flowers to the family in memory of George Huffaker, please visit our flower store.