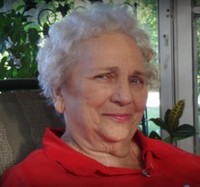 Evelyn was born August 7, 1926 in Northumberland, PA to Frank Zaleski and Julia Boroski Zaleski. She proudly served her country during WWII while enlisted in the US Navy. After being honorably discharged from the military she continued her life caring for her community as a Registered Nurse. She married Seeley Summers July 11, 1945 in Hawaii. She loved and cared for her family and it showed by the safe and happy home she provided.

online condolences may be made here or on our Facebook page.