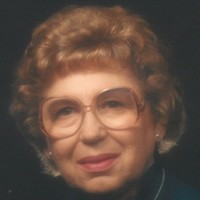 Esther Wilhide, 95, of Garland, passed away on Sunday, January 1, 2017 in Rockwall, Texas. Esther was born to Stephan and Mary (Meneth) Chokuly on January 28, 1921 in Duquesne, Pennsylvania. Esther married Paul Evers Wilhide, Sr., the son of Marshall Evers and Gloria Virginia (Stull) Wilhide. Esther served in the United States Army during World War II. She retired as Secretary of Defense.

She was preceded in death by; her husband, and her parents.

To order memorial trees or send flowers to the family in memory of Esther Wilhide, please visit our flower store.