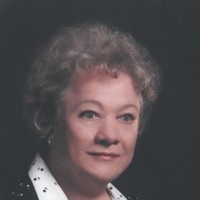 Elsie Lys Jones passed away at Briarcliff Health Center in Greenville, on Saturday, November 4, 2017. Elsie was born on March 6, 1928 to her parents, Lee Lys and Marie (Demel) Lys. She married James A. Jones on March 15, 1951, in Denison, TX. Ms. Jones was a member of the St. William's Catholic Church in Greenville.

Elsie was preceded in death by her husband James A. Jones; parents, Lee and Marie Lys; three sisters; and two brothers.

A graveside service will be held 11:00 am, Thursday, November 9, 2017 at Cedarlawn Memorial Park in Sherman, TX. She will lie in state at Peters Funeral Home Wednesday, November 8, 2017

To order memorial trees or send flowers to the family in memory of Elsie Jones, please visit our flower store.