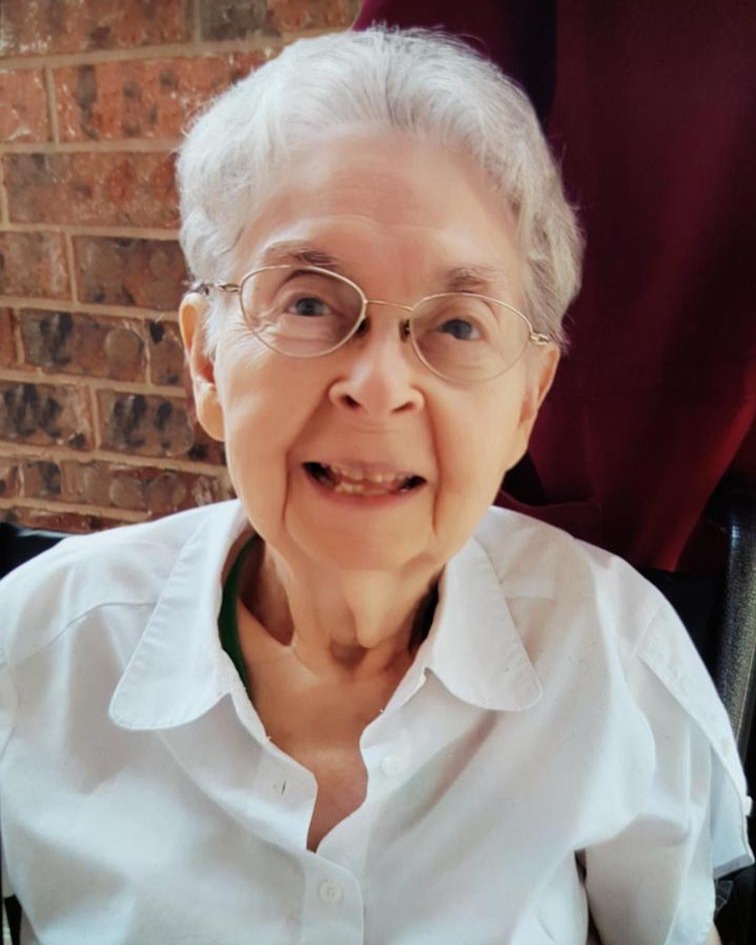 Eva Elouise Roberts Lovelace passed to her beloved Lord on November 19, 2022 at age 94. Elouise was born in Greenville, Texas, July 27, 1928, to Rev. Coral Venson Roberts and his wife, Mittie Roberts. She attended and graduated the public schools in Greenville then earned a degree in Education at Howard Payne College (now University) in 1951. She met the love of her life Beryle Lovelace there. Beryle was music and education director for Park Heights Baptist Church, San Angelo, TX., 1951-53 and they married there on June 12, 1952. As a teacher, Elouise taught English at the elementary & high school levels in East Texas. She also taught piano, organ and voice her most of her adult life and she served as pianist and/or organist for the churches where they worked. In 1953, Beryle and Elouise moved to Okmulgee, OK., where he was music director at First Baptist Church, and had their first child, Byron Kent, while there.  In 1954 they moved to Corsicana, TX., where Beryle was music director for First Baptist Church from 1954-57, and in 1955 they were blessed with their second child, Laura Beth. They served at First Baptist Church, Brownfield, TX, 1957-59 and then Bethany Baptist Church in Dallas, TX., while earning a masters degree at the Southwestern Baptist Theological Seminary in 1962.  They then moved to Littlefield, TX where Beryle served as minister of music and education at First Baptist Church from1962-65. While in Littlefield, Beryle and Elouise participated in an evangelism campaign in Japan, and subsequently felt called to the mission field. In 1965, they were employed as missionary associates by the Southern Baptist Convention's Foreign Mission Board (now International Mission Board) to serve in Japan. The first assignment was to Kanto Plains Baptist Church, an English-speaking church on the western edge of Tokyo, formed by US Air Force servicemen during the VietNam War at nearby Yokota AFB. The membership had asked the FMB for someone to help with music and education ministries. Beryle and Elouise served there from 1965 until 1972. Over the following years, they assisted in several churches in the Tokyo area that requested leadership. In 1976, they relocated to the downtown area of Tokyo to serve as the Japan Mission Business Manager. Later, Beryle and Elouise moved to serve at Koza Baptist Church in Naha, Okinawa for 5 years before their retirement from the mission field. During all of their years in Japan, Elouise taught conversational English to many students and professionals. She played the organ and piano in the churches where ever they went. She accompanied for Beryle the many places he was asked to sing.
Retiring to their home in the USA, they enjoyed being near family in north Texas. Even in retirement, Beryle and Elouise served part-time at Creekside Baptist Church in Richardson, TX. In 2020, Beryle and Elouise sold their house and moved into an assisted living home due to failing health. Beryle and Elouise are survived by their son, Byron with wife Gail, grandson Jordan with wife Louisa and great grandchildren Otto and Billie Lou, and Jordan's mother Beverly. They also are survived by their daughter, Laura with husband Michael and grandson Parker as well as step-grandaughters, Kimberly, Wendy and Ashley and their families.
To order memorial trees or send flowers to the family in memory of Eva Elouise Lovelace, please visit our flower store.