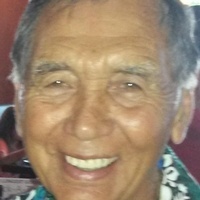 Edward L. Harris 84, of Greenville passed away Friday, January 18, 2019 in Plano. A memorial service will be held 10:00 am, Saturday January 26th, at Living Christ Fellowship (3624 Sockwell St, Greenville, TX) with Bro. Tim Griffin officiating. Interment will be at 3:00pm at Little Cemetery in Seminole, OK. A visitation will be held Friday, January 25th from 6:00-9:00pm at Peters Funeral Home.

Edward was born in Holdenville, OK on October 12, 1934 to Louis Henderson Harris and Iva Marie Harris. Edward was in the Army National Guard. He married Edith Burk on June 12, 1954 in Hughes Co, OK. She preceded him in death on December 30, 1969.

To order memorial trees or send flowers to the family in memory of Edward Harris, please visit our flower store.