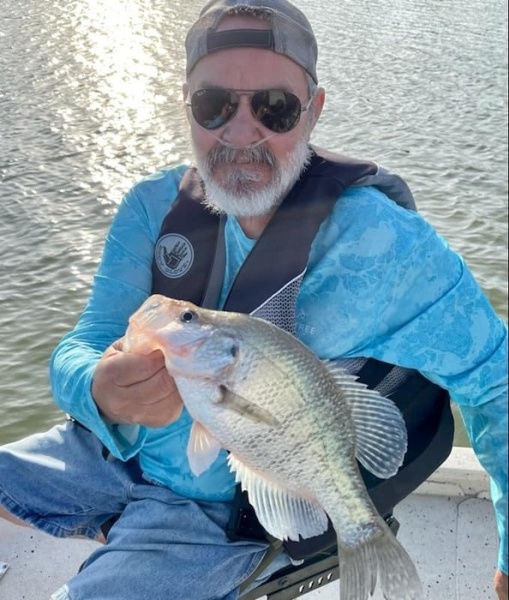 Dennis Richard Hughes, age 67, of Farmersville, passed away Wednesday, December 8, 2021. He is now reunited with his greatest love, his wife Tracy, who passed away in March of 2020. His family will be holding a celebration of life at a later date.

Dennis was born in Dallas to Elaine (Hamill) and Weldon Lee Hughes on October 31, 1954. He made his career in law enforcement as a police officer, police investigator and eventually retired as an Investigator for the Collin County District Attorney. He married Tracy Hendrex on November 19, 1999, at their home in Farmersville. In his free time, you could find Dennis at the farm tending to his cows, in the yard tending to his chickens or in his outdoor kitchen preparing to entertain. When he started up the grill or the smoker, your taste buds were in for a treat. Dennis also loved to fish. Most recently he purchased a boat and was planning for big fishing trips.

To order memorial trees or send flowers to the family in memory of Dennis Hughes, please visit our flower store.