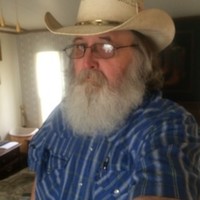 David Wendell Phillips, 64, of Greenville, formerly of Thomasville, GA, passed away Sunday, April 10, 2016 in Greenville. A memorial service will be scheduled at a later date and an inurnment will take place at Laurel Hills Cemetery in Thomasville, GA. Arrangements are under the direction of Peters Funeral Home.

To order memorial trees or send flowers to the family in memory of David Phillips, please visit our flower store.