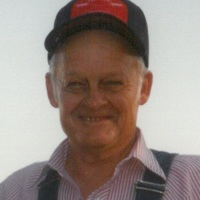 Dan was born in Hopkins County on March 4, 1927 to Luther and Grace (Wright) Brothers. He worked for E-Systems for 33 years and after retiring he continued farming and raising cattle. He was a member of Shady Grove Baptist Church and a lifetime mason with Chapter #335 in Greenville. Dan married Nadine Galloway in Greenville in November 1945. She preceded him in death in 2004.

Those left to cherish his memories are daughter Pam Hayes; granddaughter Cassie Matthews; grandson Danny Hayes; great- grandson Jon Matthews; and several nieces and nephews. He was preceded in death by his sister Hazel Tapp.