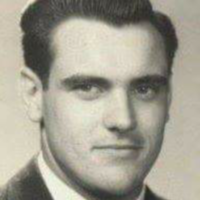 Clarence was born in Whitewright, TX on November 4, 1939 to Clarence and Edna Prince Reisor. Clarence serven in the US Army, later he worked as a dispatcher for a trucking company.

Those left to cherish his memory are sons, Steven Reisor and wife, Katy, Darrin Reisor and wife, Karen, Richard Hearn; daughter Robin Andreola; step-daughter Marcia Thomas and husband, Joe; numerous grandchildern and great-grandchildren. He was preceded in death by his parents and wife Sylvia.

A memorial service will be held at a later date.
To order memorial trees or send flowers to the family in memory of Clarence Reisor, please visit our flower store.