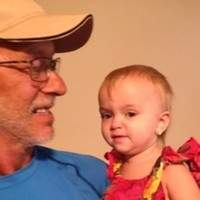 Christopher Lee Lowe Sr, 51 , of Greenville passed away Friday, April 21, 2017 at Hunt Regional Medical Center. He was born on March 21, 1966 the son of George Samuel Jr. and Agnes Elizabeth Lowe in Greenville. He married Linda McKnight in Greenville on July 27, 1985. Christopher worked for the United States Postal Service for 25 years and served a reserve police officer in Hunt and Collin counties for 18 years. He was in the United States Army and was of Baptist faith.

Funeral services will be held on Monday, April 24, 2017 at 2:00 p.m. in the Peters Funeral Home Chapel with Pastor Randy Rather officiating. A visitation will be held one hour prior to service. Interment will follow at Tidwell Cemetery with Christopher Lee Lowe Jr., Matthew Corey Lowe, Dakota Colton Lowe, Bill Cross, Chase Cunningham, and Juan Cortez serving as pallbearers

To order memorial trees or send flowers to the family in memory of Christopher Lowe Sr., please visit our flower store.