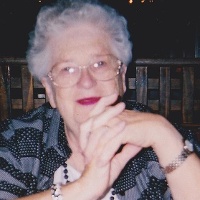 On Friday, June 7, 2019 our beloved matriarch, Ruth Christine Mock, left us and took the seat reserved

for her in the big Bridge Tournament in the sky. Our mother was born in Dalhart, Texas in 1932 and lived

in New Jersey, Indonesia, New Mexico, and Texas. She married our father in 1961 and they moved to

Greenville in 1968. Being the smart cookie that she was, Christi graduated from High School at 16 and

earned a BA from Texas State College for Women (now TWU) at 20. She completed her MS in Library

institutions, ending her career as an elementary school librarian for Greenville Independent School

District from 1977 - 1996. When she decided to retire from education, she diligently increased her

pursuit of a second career as an amateur bridge player. She achieved the American Contract Bridge

multiple lifetime memberships and awards, such as American Association of University Women’s

Woman of the Year in 1980, Texas Congress of Parents and Teachers Honorary Life Membership in 1992,

and a P.H. T. (Putting Hubby Through) certification from the University of New Mexico in 1968 (for her

assistance in helping her spouse complete his college degree).

Christi is remembered as a really, sweet lady, always willing to listen, and offer sage advice. She reserved

judgement and supported her brood, and their friends, through the joys of marriage, children,

grandchildren, graduation, and the sorrows of illnesses, heartbreaks, and events she was sure to-almost-

be the death of her. She was a trendsetter, after completing her degree in Library Science she enjoyed

her job so much that her mother went back to school for her L.S. degree and her eldest daughter earned

an L.S. degree as well. She was sharp as a tack, kept us laughing and marveling at her spirit, through the

final year of life while she battled the effects of age. Recently, Christi suffered a short illness and

returned home under hospice care where she died in comfort and peace.

Christi was predeceased by her husband Hardy K. Mock, parents Ruth and Clarence Lane, and brother

William Lane. She leaves behind her brood of children and their spouses Terrence and Lisa Mock, Teresa

Johnathan Oakley, William Cason, Hart and Cerin Collier, and their spouses; and her eleven great and

Christi was an incredible woman and our love for her runs deep. Please join us in a celebration of her life

on Friday, July 5, 2019 at United Presbyterian Church in Greenville, Texas at 10am. In lieu of flowers, we

encourage donations to the Audie L. Murphy Museum or United Presbyterian Church or playing a round

of bridge in her honor.

To order memorial trees or send flowers to the family in memory of Christi Mock, please visit our flower store.