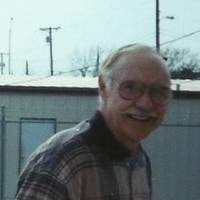 Charles Don Thurman, 84, of Celeste passed away, Monday, March 27, 2017 in Dallas. He was born on February 22, 1933 in Dallas the son of DC and Maggie Thurman. He married Bobbie Reynolds on February 14, 1953 in Hickory Creek. Mr. Thurman spent 21 years in the Air Force and served during the Vietnam War. After retiring from the military, he worked for the City of Celeste and retired as the Water & Sewer Superintendent after 19 years. He was also a member of the First Baptist Church of Celeste.

He was preceded in death by his parents; daughter, Janet Dove; son, David Thurman; and brother, Neal Thurman.

To order memorial trees or send flowers to the family in memory of Charles Thurman, please visit our flower store.