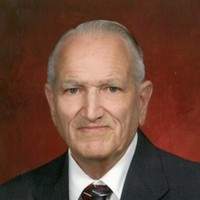 Carl was born in Amarillo, TX on December 14, 1929 to William A. and Vera Jones Phillips. He married Carol Lee Bliss in 1955 she preceded him in death on May 15, 1975. He later married Peggy May McKenzie on August 2, 1979 in Desoto, MO, she survives. Carl served in the Marine Corp. during WWII, he was a retired Teamster truck driver and a member of the First Assembly of God.

He was preceded in death by his parents; sister, Orilla Ingram; and brother, Stanley Phillips.


A funeral service will be held at 10:30 am Friday, June 30, 2017 at the First Assembly of God in Greenville with Pastor Brent Grissom officiating. An interment will be at 2:00 pm at Grove Hill Cemetery with Matt Phillips, Eric McKenzie, Jerrel McKenzie, Jerred McKenzie, Joel McKenzie, and Josh McKenzie serving as pallbearers. A visitation will be from 6:00 - 8:00 pm Thursday, June 29, 2017 at Peters Funeral Home.

To order memorial trees or send flowers to the family in memory of Carl Phillips, please visit our flower store.